Accounts of dare-devil exploits have always been read with deep interest. One of the salient features of human nature is curiosity, a desire to know what is being said and done outside the narrow limits of one's individual experience, or, in other words, to learn the modes of life of persons whose environment and problems are different from one's own environment and problems. To this natural curiosity, the book of travel is particularly gratifying.
But when we add to the fact that such a narrative treats of races and conditions almost unknown to the inhabitants of civilised countries the consideration that those voyageurs to whom the adventures fell are men and women already prominently before the public, and so deserving of that public's special confidence, the interest and value of such a work will be seen to be extraordinarily enhanced.
The cruise of Jack London's forty-five-foot ketch Snark was followed eagerly by the press of several continents. The Snark alone was enough to compel attention, but the Snark sailed by Jack London, a writer of world-wide celebrity, was irresistible. The venture caught the world's fancy. Periodicals devoted columns to a discussion of the Snark and her builder, and to the daring crew who sailed the tiny craft for two years through the South Seas.
When it became known that such a voyage was in contemplation, hundreds of persons wrote to Mr. London, begging that he allow them to accompany him. On the other extreme, they were legion who threw up their hands in horror at the mere suggestion. The belief was widespread, and was, indeed, almost universally expressed, that the famous writer and his fellows were setting out on a cruise from which there would be no return. As an instance of the capriciousness of things maritime and the fallibility of human judgment, it is interesting to reflect that the Snark, a ten-ton yacht, the stanchness of which was greatly doubted, travelled her watery miles without mishap, and is still afloat, while the Titanic, the most wonderful craft that ever put out to sea, the last word in shipbuilding, declared unsinkable, bore over a thousand of her passengers to death, and lies to-day, a twisted mass of wreckage, irrecoverably lost in the depths of the Atlantic.
Hardships there were a-plenty for the little yacht's crew, of which seasickness was not the least. TheSnark was not a "painted ship upon a painted ocean." Even a seasoned sailor would find it difficult to accustom himself to the pitch and toss of so small a boat. The effect upon the Snark's complement, composed mainly of "landlubbers," may easily be imagined.
Mr. Martin Johnson, who started in as cook, soon became the close friend and chief companion of Mr. London. He was thus enabled to make studies of the South Sea natives, many of whom are unquestionably the strangest creatures in existence. His photographic records—over seven thousand different negatives—are the finest in the world: they are absolutely unique. We have read of some few of the little-known places visited by the voyageurs, in Mr. London's "Cruise of the Snark"; but the present work, being much more detailed and complete, gives the first real insight into life aboard the yacht and among the myriad islands of the South Pacific. The illustrations are from photographs made by Mr. Johnson, with a few from prints by Mr. J. W. Beattie, of Tasmania.
After reading such a narrative, we seem to lose our wonder at the voyages of vessels like the Half Moon, the Pinta, and the Santa Maria. Surely the playing of sea-pranks can go no further. The conclusion seems justifiable that if men are to outdo the exploits of the past, they will only succeed by forsaking the water and mastering the air. 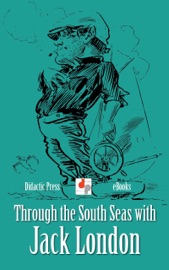