A new book designed for SysAdmins, Operations staff, Developers and DevOps who are interested in deploying the open source container service Docker.

In this book, we'll will walk you through installing, deploying, managing, and extending Docker. We're going to do that by first introducing you to the basics of Docker and its components. Then we'll start to use Docker to build containers and services to perform a variety of tasks.

We're going to take you through the development life cycle, from testing to production, and see where Docker fits in and how it can make your life easier. We'll make use of Docker to build test environments for new projects, demonstrate how to integrate Docker with continuous integration workflow, and then how to build application services and platforms. Finally, we'll show you how to use Docker's API and how to extend Docker yourself.

We'll teach you how to: 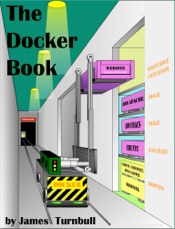