"One of America's most astute revealers of Iranian culture and identity."-Reza Aslan, The Atlantic
Hailed as one of the year's best foreign policy books, Hooman Majd's latest offers dramatic perspective on a country with global ambitions, an elaborate political culture, and policies with enormous implications for world peace. Drawing on privileged access to the Iranian power elite, Majd "gives a harrowing description of the aftermath of the 2009 presidential elections in Iran" (Haleh Esfandiari). This "nimble take on Iran's fraught political landscape" (Kirkus Reviews) "sounds a dire warning to those in the West who want a democratic Iran. . . . Let us hope the President is listening" (Reza Aslan, The Atlantic). 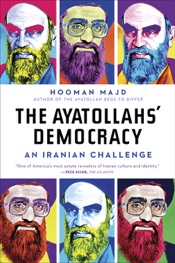