In September 2007, a packed courtroom in St. George, Utah, sat hushed as Elissa Wall, the star witness against polygamous sect leader Warren Jeffs, gave captivating testimony of how Jeffs forced her to marry her first cousin at age fourteen. This harrowing and vivid account proved to be the most compelling evidence against Jeffs, showing the harsh realities of this closed community and the lengths that Jeffs went to in order to control the women in it. Now, in this courageous memoir, Elissa Wall tells her incredible and inspirational story of her time in the Fundamentalist Church of Latter Day Saints (FLDS), detailing how she emerged from its confines to help bring one of America's most notorious criminals to justice. 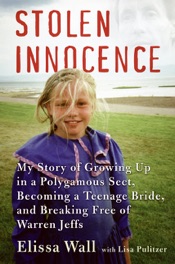