Whoever said you can't go home again should change that to should not go home again. As in EVER!
Mason Foxworth swore on his grandmother's bible never to return to the small Georgia town he sort of grew up in. And for eight years he'd succeeded in keeping that promise. Until his twin sister decided she needed to get married...back home...and she'd invited their parents. Wasn't this going to be a just a fabulous weekend?
Since leaving the Marines, Kilby Adams rarely ever left his farm and now here he was in Georgia, as best man at his stepbrother's wedding. Out of his comfort zone and with too many people that he doesn't know Kilby has nothing to keep his mind off the past except the gorgeous brother of the bride.
And wouldn't you just know it, there was only one room left at the Inn and Kilby would have to share it, with Mason, who was straight and....yeah, this was going to be one hell of a weekend. 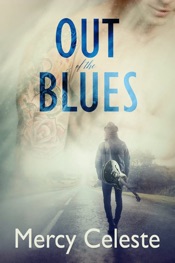